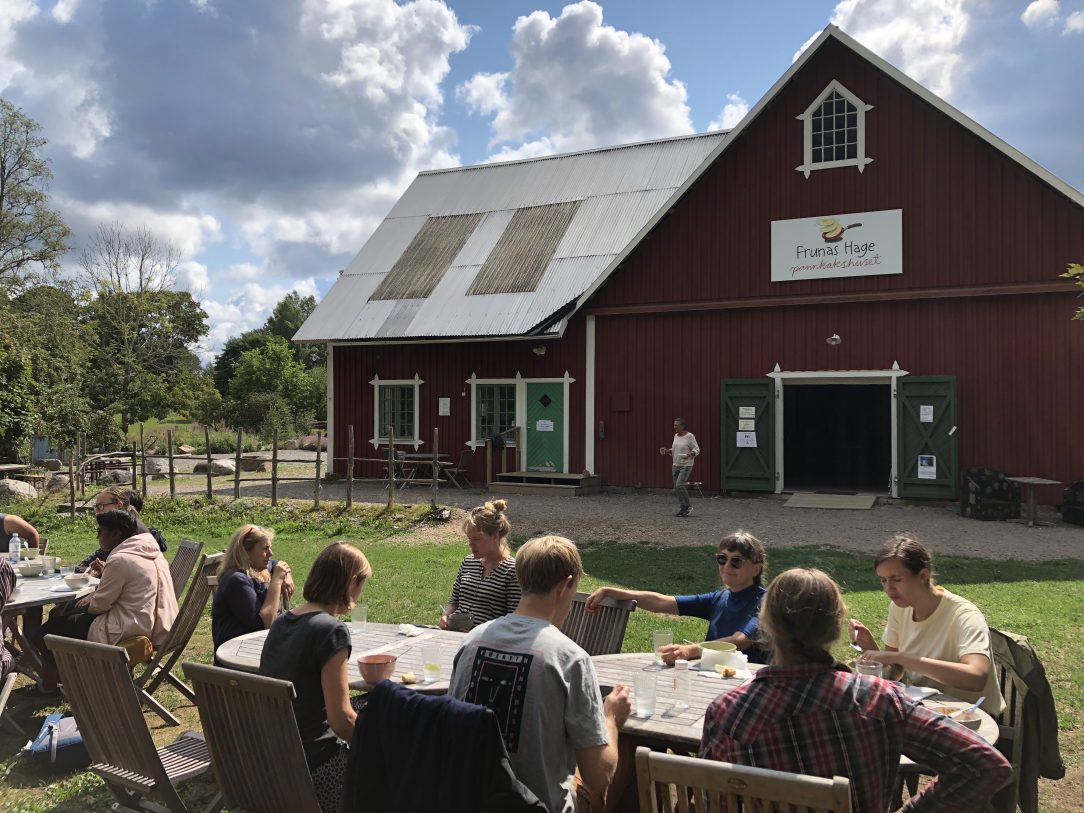 Based in Växjö at Linnaeus University this year, the Nordes Summer School is for Phd students in design to prepare for the Nordes Conference taking place the next spring. As a master student in Gendering Practices at the University of Gothenburg, but also a (then prospective) intern with the Un/Making Studio, it was a threefold special opportunity for me to participate and enrich my feminist perspective of care with more designerly research methods.

Next to ‘classic’ text seminars, supervisions and group discussions, the four-day course also took our group of 20 or so students out to dive hands first into the entanglements of agricultural and post-industrial soils. Throughout, we were compelled to care for and through food, with delicious food workshops provided by Rude Food and Pannkakshuset and a smoothie-session to digest what we had learned. Food is something every human has a direct relation to and therefore it is a good starting point to begin caring on a more-than-human level. 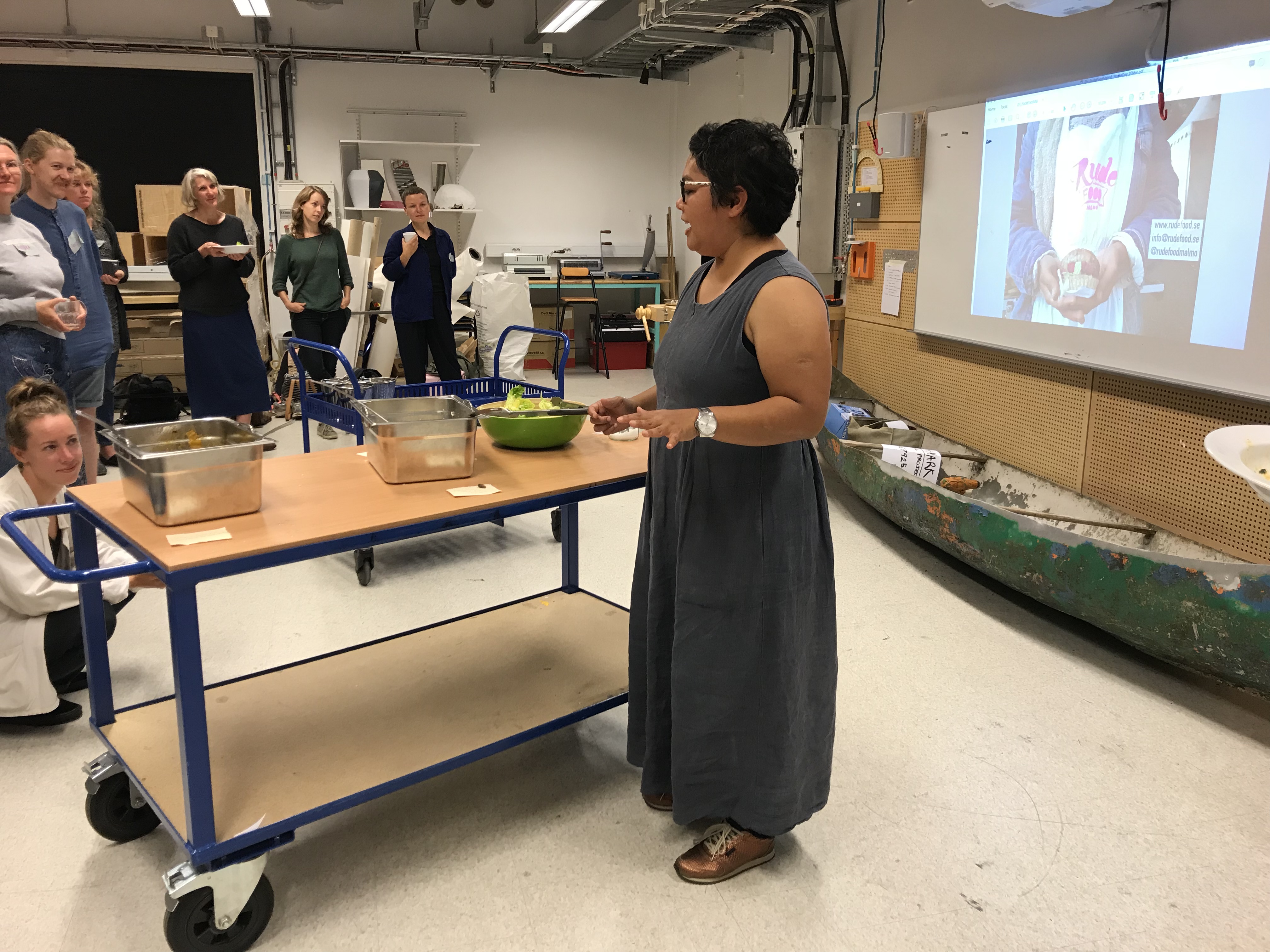 Clean hands
Due to its intensity, the summerschool had my brain going 100 an hour. Everyone’s awareness and focus helped to uncover certain entanglements more clearly, but also to make my own normalized ways more questionable. Two instances, connected by a mundane practice, remain with me.

On the second day, an early bus took us to Nybrukarna, a farm in the vicinity. Farmer Maja welcomed us and educated us on Community Supported Agriculture, where members commit to a long-term agreement to receive different vegetables fresh from the farm every week. During what I like to call ‘my 2 hours as a farmer’ I helped to plant lettuce sprouts and harvest cabbages. The repetitious movements were soothing and opened up opportunities to converse differently with my fellow temporary farmers. Between the planting and harvesting activity, it was important to wash hands, as I had been working with manure which should not be in contact with the crops that are ready to be food. It was then that I met the dog that was in Maja’s house, who against all my (fearful) expectations of what dogs do when unknown people enter their space, simply stood looking and quietly followed to the kitchen where I washed my hands. This kind of dog is very easily trained, Maja explained afterwards. With my clean hands, I had given the dog a little pat on the head. Intertwined with the feeling of openness I experienced by working at the farm, I am left wondering about the natureculture entanglements of care it might be part of. 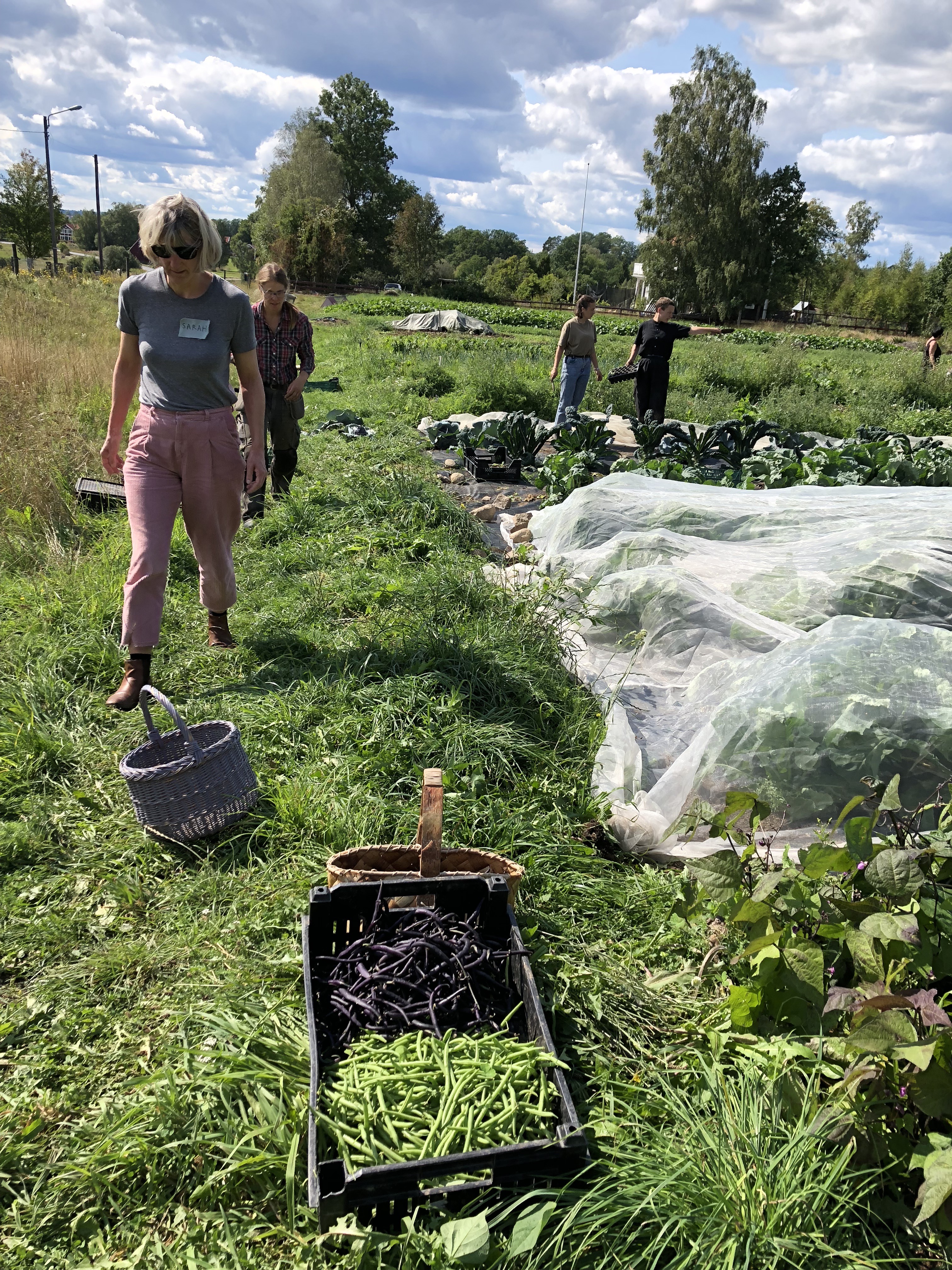 Getting our hands dirty at Nybrukarna CSA farm.

Day three consisted of a visit to Orrefors Park, where remnants of the glass industry are memorialized through heritage and landfills. During a tour of the premises we were shown the glamorous buildings and gardens above ground, but also a former glass waste dumping site only a few minutes’ walk away. Here, hundreds of glass pieces, large and small, shimmered like toxic treasure between the vegetation of this wasteland patch. I could only imagine how many more were hidden underneath my feet. The glass is not as inanimate as it seems, we learned. Loaded with heavy metals formerly used in production for practical and aesthetic effects, its toxins seep out into soil and groundwater, affecting every soil community they touch. It is also potentially dangerous to touch the pieceswith bare hands, as substances such as arsenic and lead could then inadvertently enter the body. I could not resist collecting a few however, and this action then had to be followed up by yet another reflective cleansing of the hands. Instead of touching the glass directly, would it have been less of a risk to collect some soil there, or touch a plant which can absorb heavy metals from the earth it lives in? Working with phytoremediation, the practice of growing specific plants on polluted land for their absorption properties, can be of help to undo some of the human damage to the soil. As involuntary helpers, the plants have no way to clean themselves from the toxins. If not harvested and burnt in time, they might start forming a threat themselves through their interactions with their ecosystem, spreading the pollution around the environment. 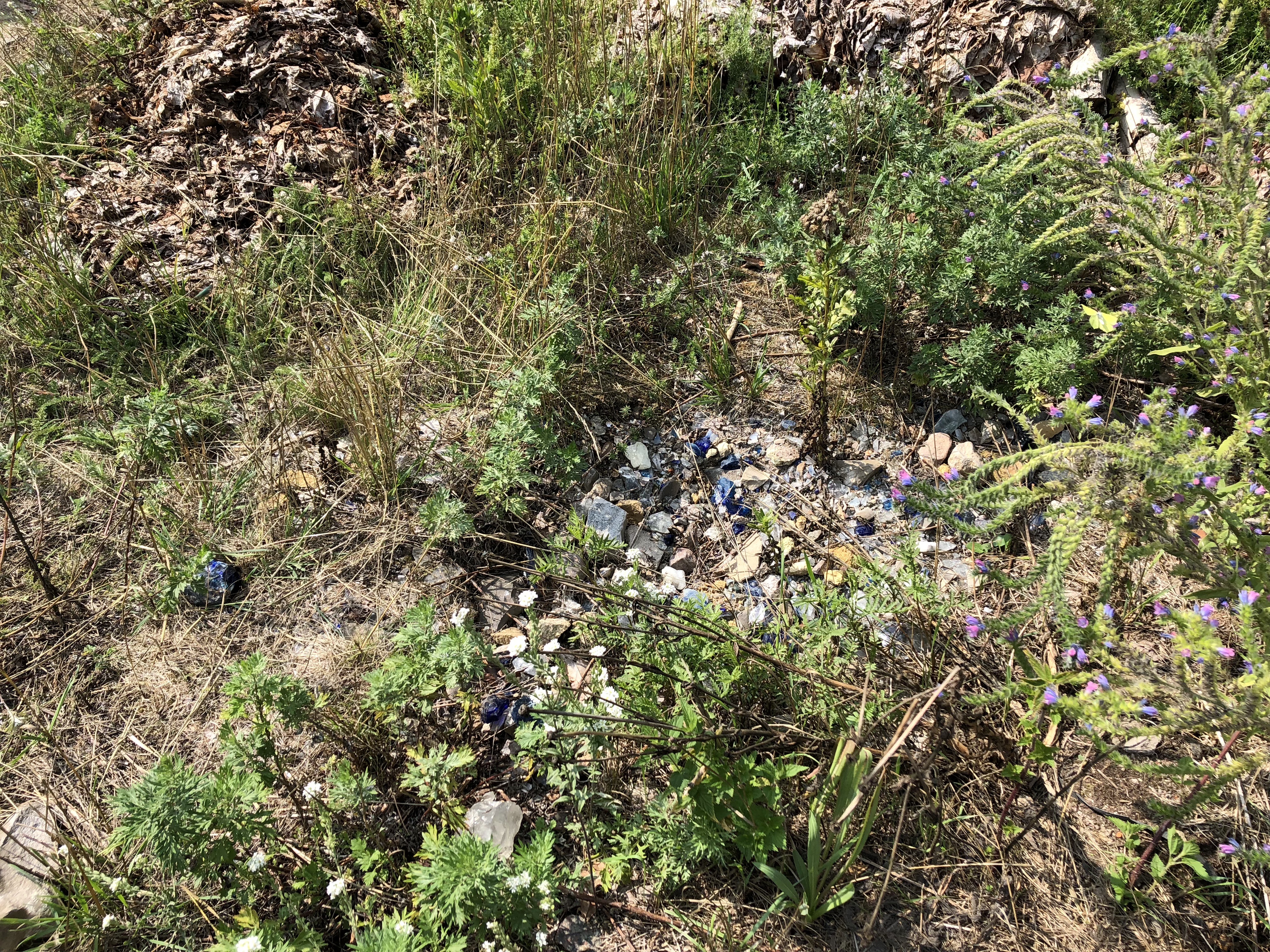 Pieces of glass at a landfill site in Orrefors.

The dangers tied to my handwashing sessions are not evident as such. Wiping them off is not enough, as the risks of contaminating food remain, just as traces of heavy metals are invisible to my eyes. Still, we must learn to care for what is not (yet) apparent to us, or else we will be haunted by the consequences.

Right now, preparations are in full swing for an Un/Making Matters Soil Community tour. The Un/Making Project will continue to investigate the entanglements that are present in the lands of past industries. Different encounters are ahead of us and we will connect with soil more closely. Can a simple seed move not only chemicals from the soil, but also the people who encounter it?

All images by Juliana Restrepo.