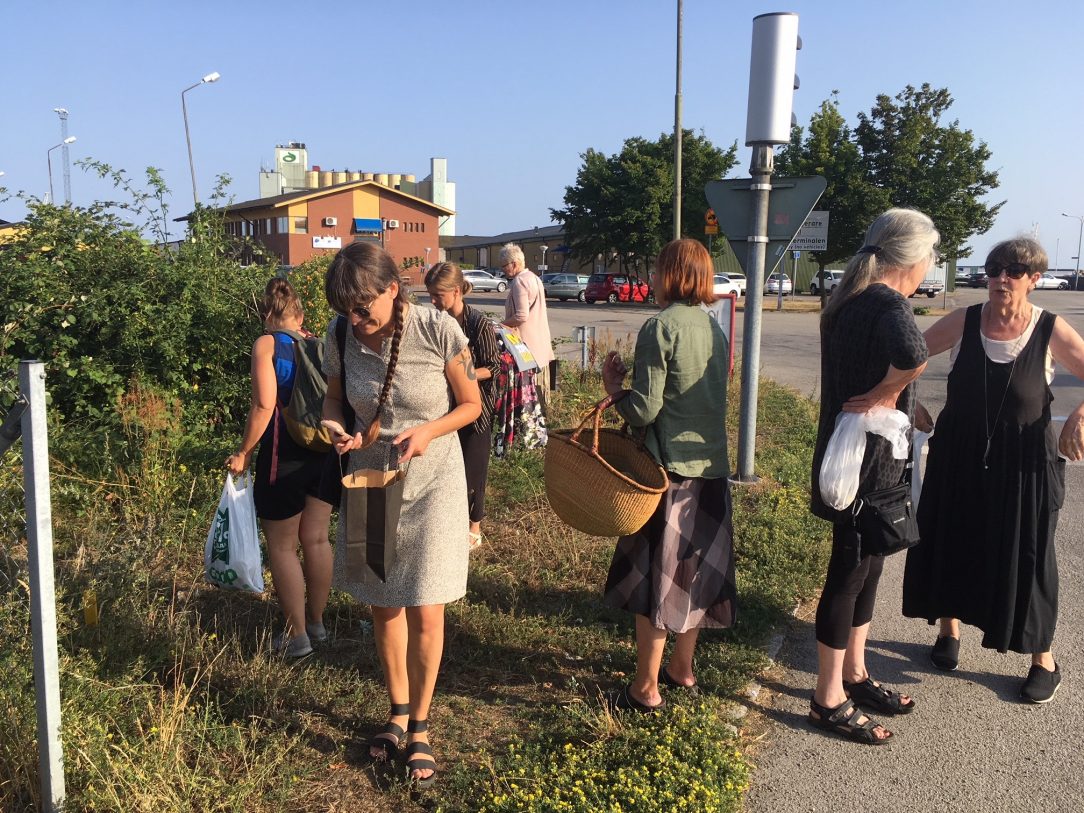 After the walk, which lasted about an hour, we gathered at the table outside the museum. All of us poured the collected materials onto the table from the plastic and paper bags, and basket that had been used during the plogging. Collectively, we tried to gather the plastics into categories such as straws, unidentifiable pieces, fishing-lines, plastic cutlery, bottle caps, wrappings of different kinds, hygienic products, and much more. Some things were hard to categorize, because we were not even sure if it was plastics, or because the pieces were so small that we could not figure out what it had once been used for. 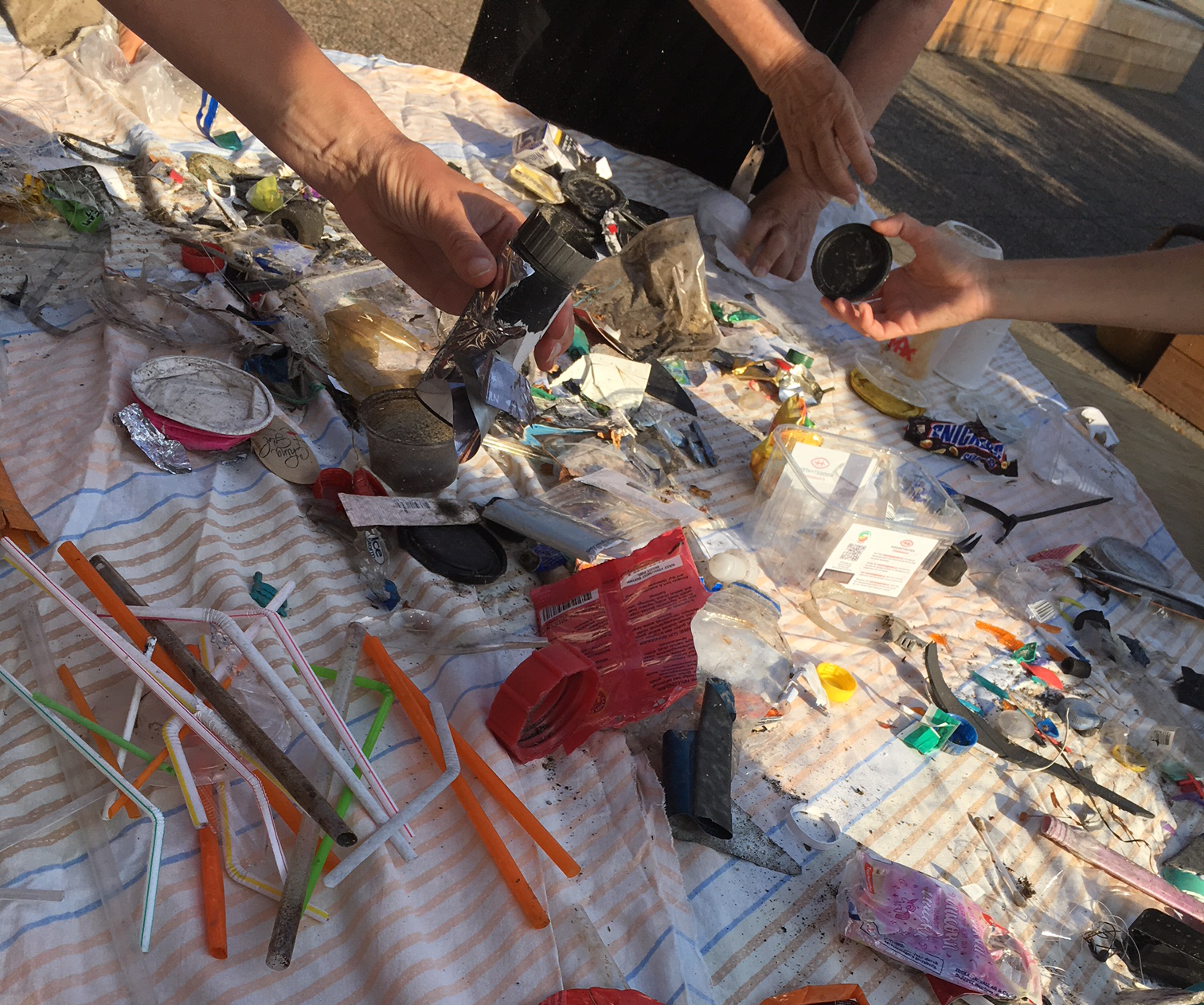 It became obvious that the surroundings influenced what kind of plastics we found. In the shopping street we found several hangers for socks and in the harbour we found fishing-lines. Wrappings and cutlery for food on the go was, however, not confined to a specific area.

We found it noteworthy that we did not find any plastic pet bottles. But we did find several bottle caps. Possibly because of the deposit system, one participant suggested. What if we would get 1 krona for each straw, someone asked and pointed to the pile of straws in different sizes and colors. Signs of even more straws could be seen in the plastic wrapping that surrounds the tinier kinds that are used with, for example, Festis and MER-drinks.

This day of plogging was yet another hot summer day, during a summer with unusually many hot and dry days. Several of us were thirsty after the walk. As organisers we had prepared for this by bringing two bottles filled with water, but no cups. Although more than one admitted that they would not have drunk directly from a shared a bottle in most cases, they were now so thirsty that they did it anyway.

This made us connect to a piece in the exhibition where we in the Un/Making Studio, in collaboration with Petra Lilja, have made a communal drinking vessel with six metal straws. It is accompanied by a brush to wash the straws with. This piece is inspired by imagery from Mesopotamia where several people can be seen drinking what is thought to be some kind of beer through straws from the same vessel. In the exhibition we point at how this ancient imagery shows the drinking as a social act of co-living between humans and more-than-humans. 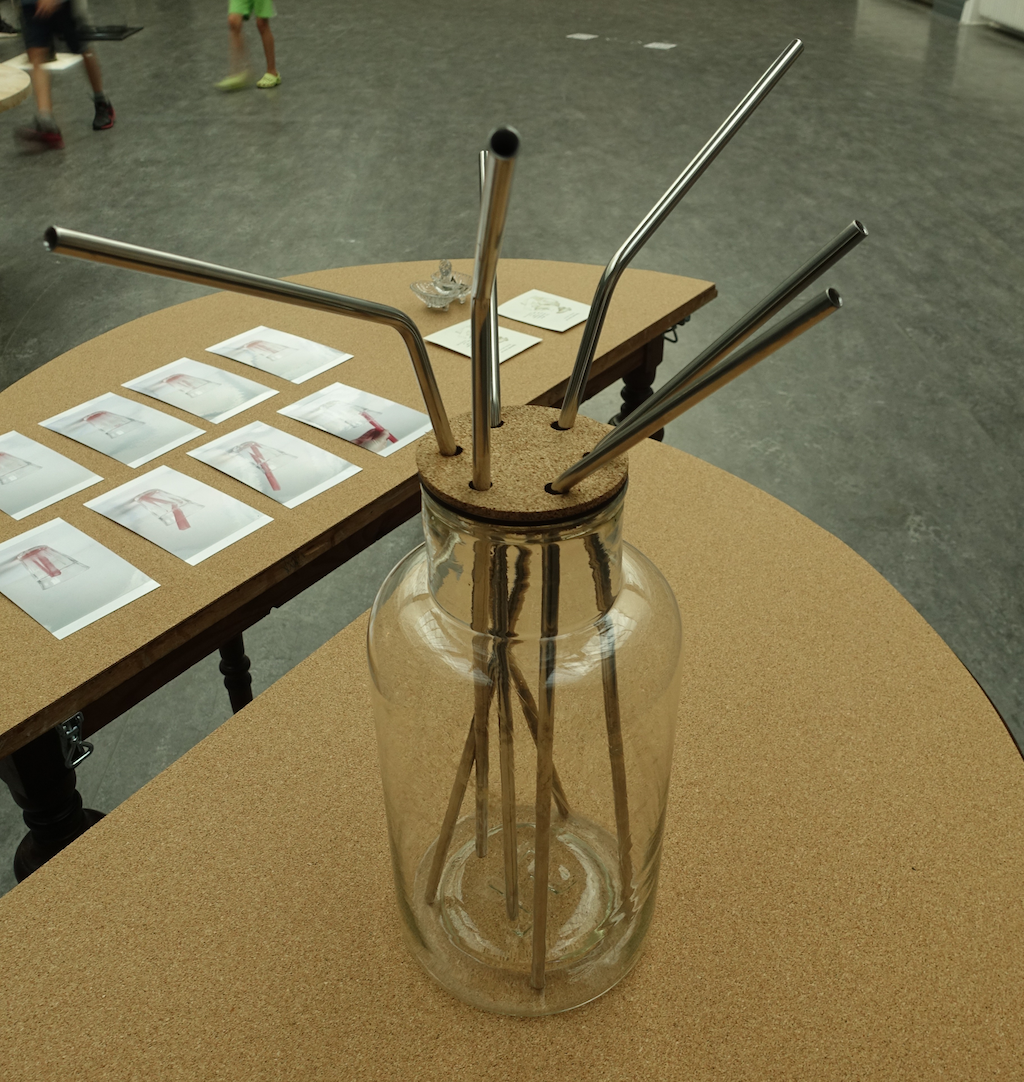 Now, here we were, standing outside of the closed museum where the alarms were on, and wanted to get hold of our unique piece that was made for communal drinking and mixing of microbes and other stuff. And we realised, that for something alike to be used, it should perhaps have been made for urgent thirst responding to circumstances; straws that could be put into the big plastic reused water bottle. Or, why not just drink straight out of the bottle. That’s what we did. 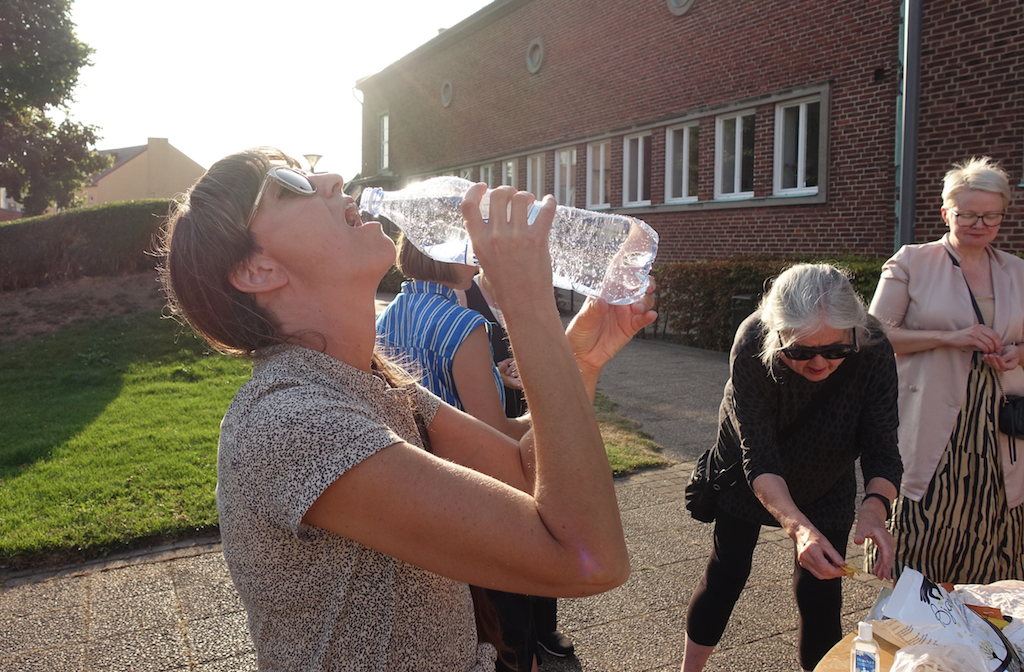 Actually, there was another plan, and had the summer been otherwise, the plan could have worked: Next to the table where we had laid out and tentatively ordered all the found plastics, cicely (Myrrhis odorata) has been growing in a raised bed. It was planted for the opening of the exhibition and we had planned that we would be able to harvest some of it at this plogging event and use the stems as straws that would have given a liquorice taste to the drink. However, as the summer has been very hot and dry and the plants have not responded quite as we were hoping.