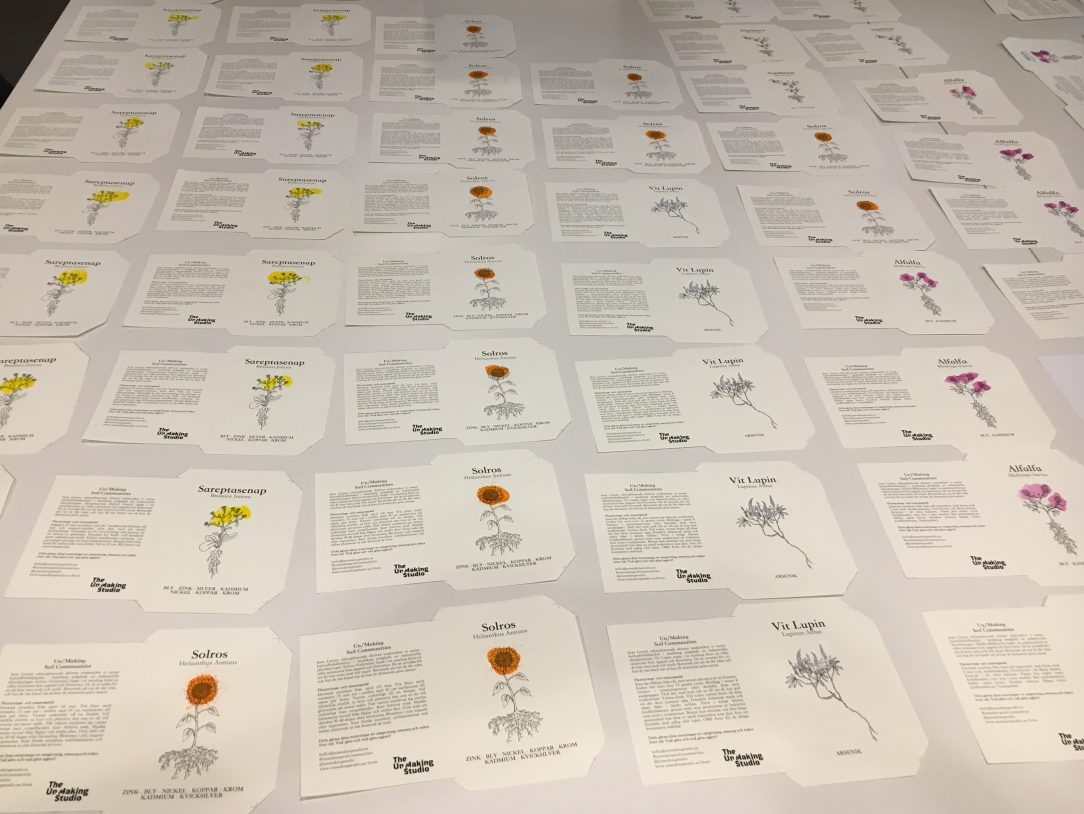 Soil communities could be understood as the mixture of humans and non-humans that come together and make up soil (Puig de la Bellacasa, 2017; Wallander, 2015). They can include bacteria, worms, plants and humans. As part of our exploration of nature-culture relationships we’re particularly interested in soil communities in the aftermath of industrial making, such as glass industry.

We’re inviting participants to share their stories of how they already live with soil. As design researchers we’re also intervening into soil communities by acting as unfaithful daughters of Linnaeus (queering Stengers and Despret, 2014 and their book on unfaithful daughters of Virginia Woolf), bringing seed bags into our meetings. The seeds are chosen because they can remediate soil. Depending on where they grow and how they are taken care of they can do more than that.

The participants are offered a seedbag and then asked to note their surrounding, the care that the seeds are given and the risks involved. This is a way of encouraging the arts of noticing (Tsing, Swanson, Gan and Bubandt, 2017) of the un/making of soil communities.

The project has been acting in different environments and landscapes with different conditions and still ongoing pasts lingering in the soil. Activities have included soil scanning, conversations, visits, digging, and cleaning. Below you’ll find examples of where the project has been shown and presented so far.

A heartfelt warm thank you to Louise Mazet for noticing while travelling together and Alicia Smedberg for making illustrations for the seedbags. Undisciplined daughters unite!

Växjö Art Gallery hosted art work that told stories of multispecies co-living in different media. The Un/Making Soil Communities was present through photography, stories of noticing and care from when travelling as Linnaeus undisciplined daughters, seeds, soil and plants growing in the exhibition space. There was also a soil sampler to borrow and a calendar pointing towards further engagements with soil communities as the seasons are changing.

The exhibition lasted from January to March 2019. It was also connected to a conference on the same topic at Linnaeus University where the work with the Un/Making Soil Communities was presented. 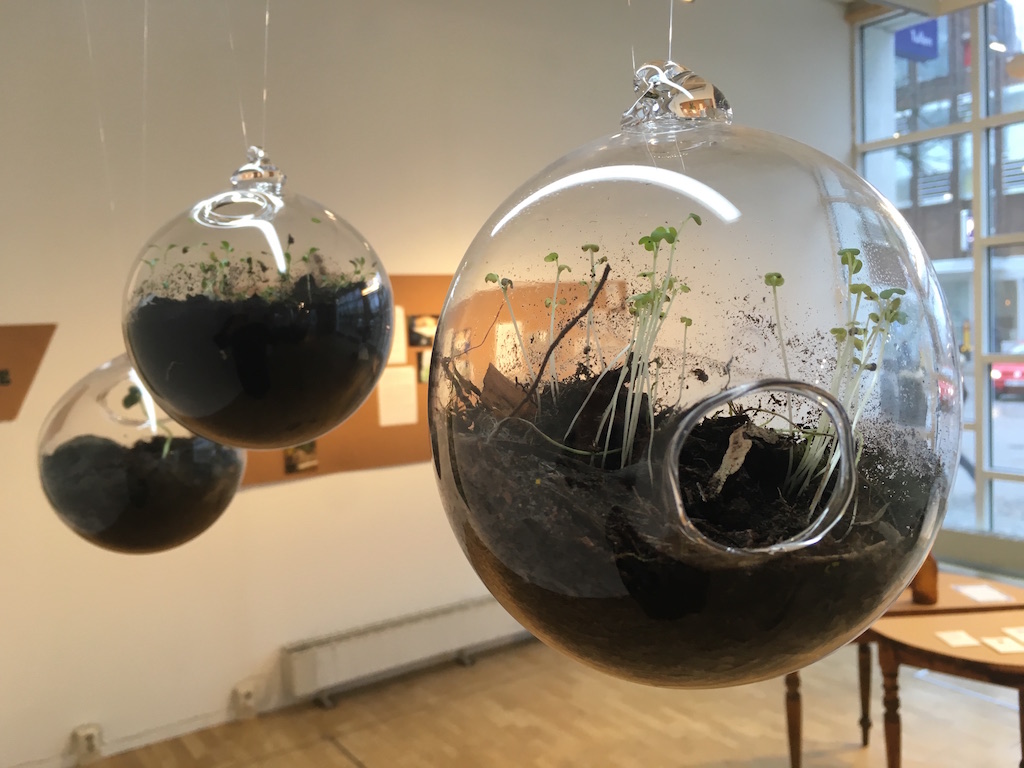 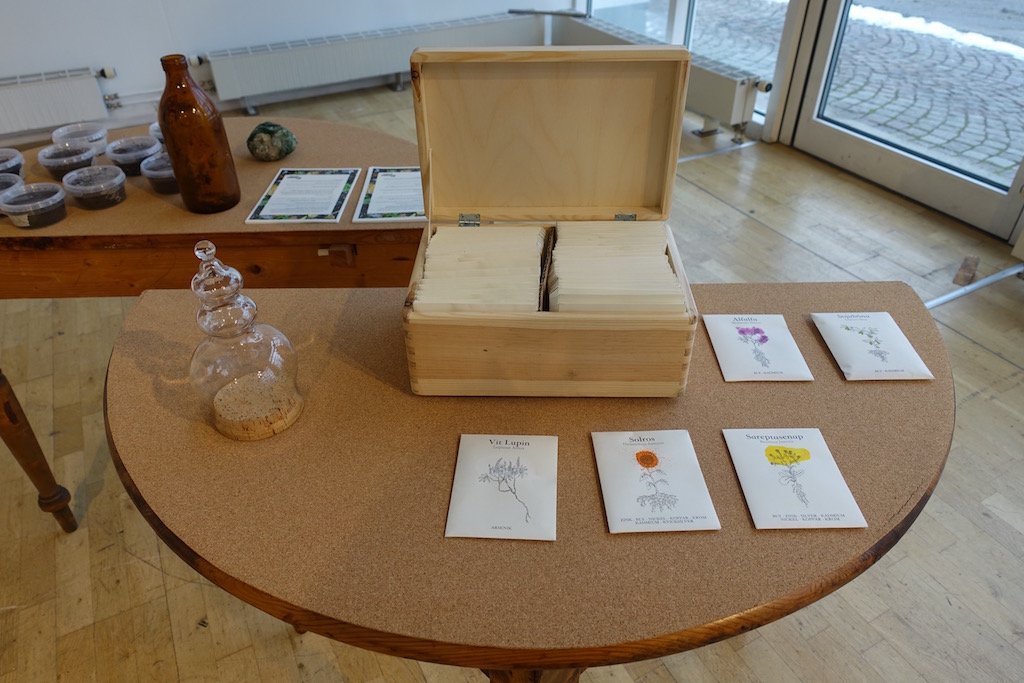 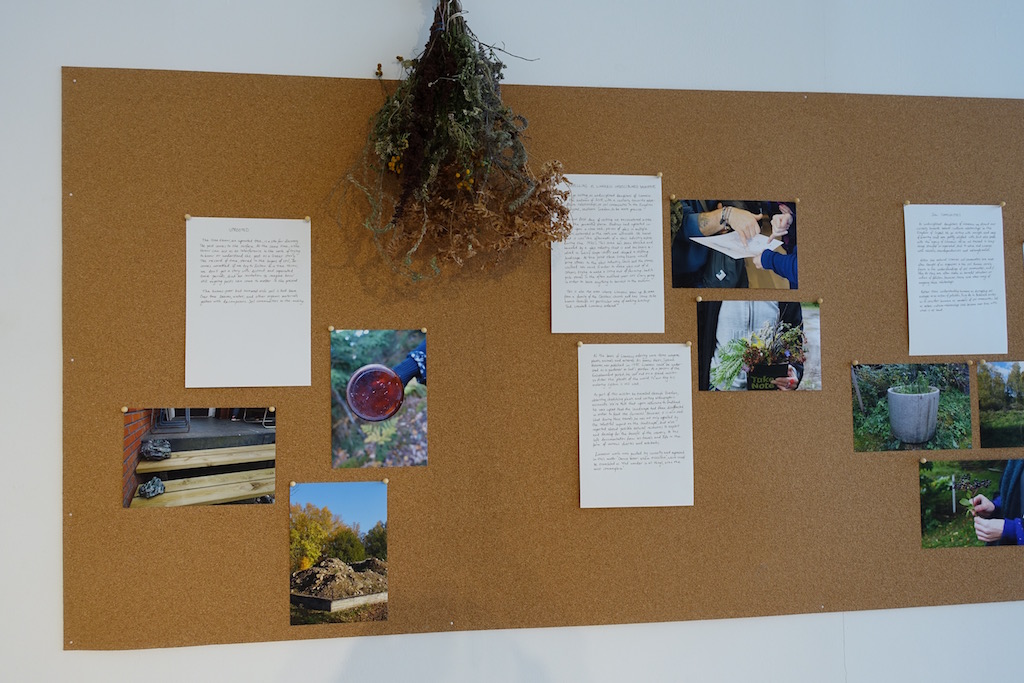 To prepare for spring and the growing season, the Un/Making Season took part in the cleaning day in Orrefors that the societal association had invited for. Together with Laura Ferrans and Sina Shahabi from Linnaeus university we offered inhabitants to have soil samples scanned for metal, and to pick one or more out of the seeds that we had brought. When it is time for harvest at the end of the season the plants will also be analysed. 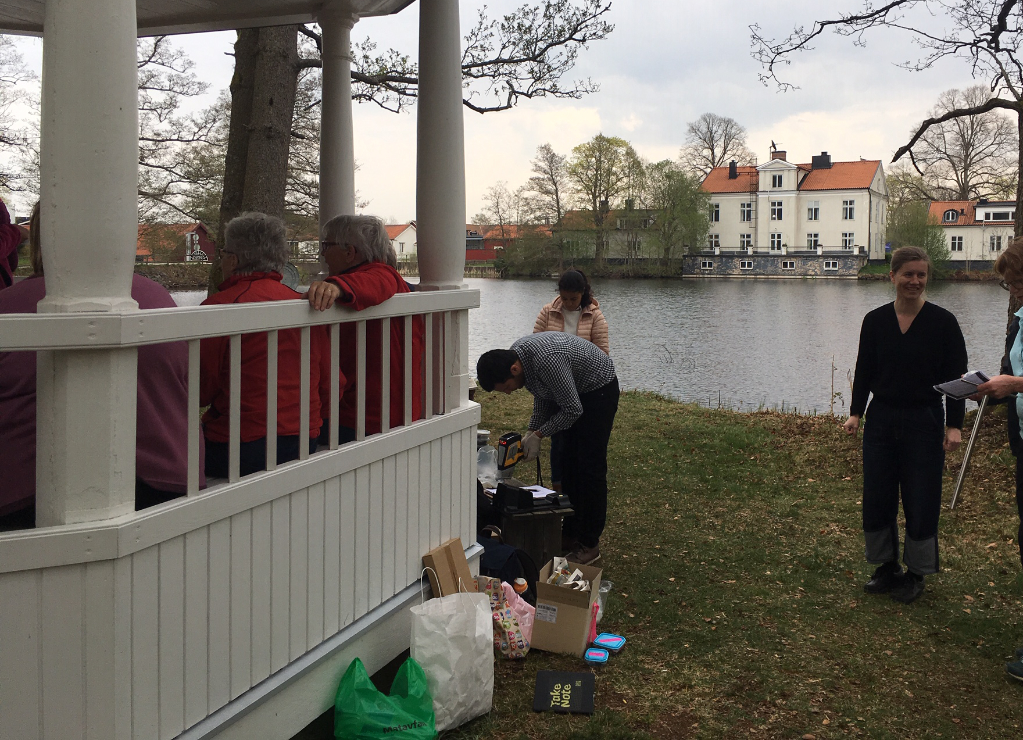 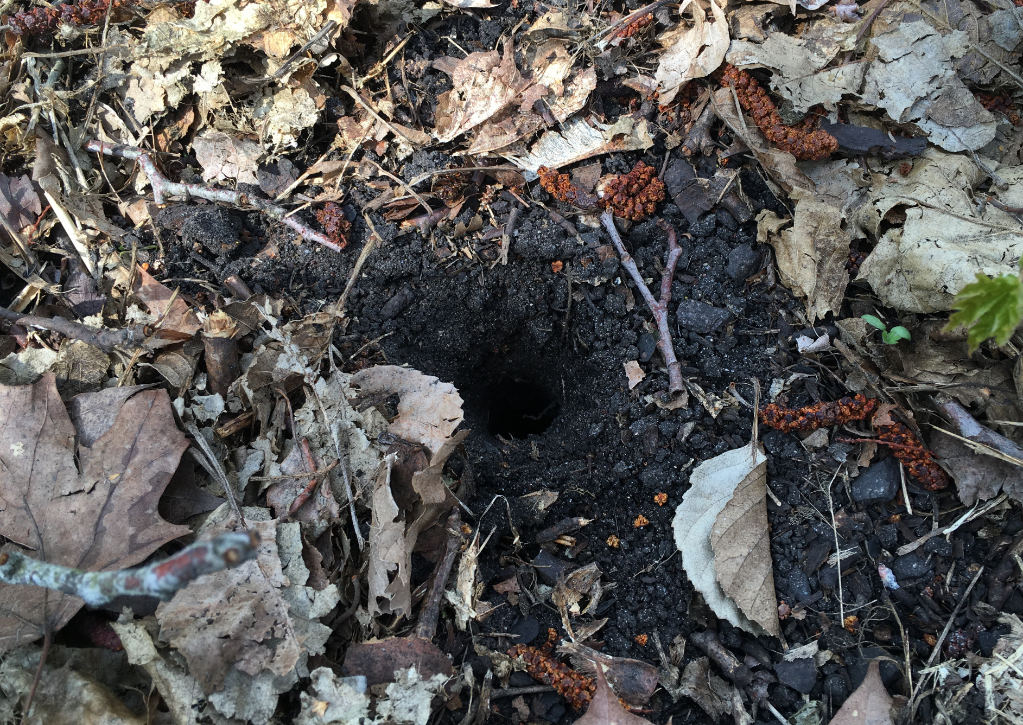 As part of the project Artistic Undressings – an art programme on sustainability and city planning – Mossutställningar arranged an Earth Market in Stockholm in May 2019. The market included artists, researchers, activists, architects, farmers and more, that gathered to discuss and exchange ideas on transitions, with a particular focus on soil.

The Un/making Studio invited visitors to pick a seed and a place that they were curious about or cared for. At the time of harvesting the plant, the carer can contribute to a herbarium of sorts that will be scanned for metals. The plants will help us to not only collect knowledge and data about the soil, but they will also open up for the possibility of caring for the soil while growing. 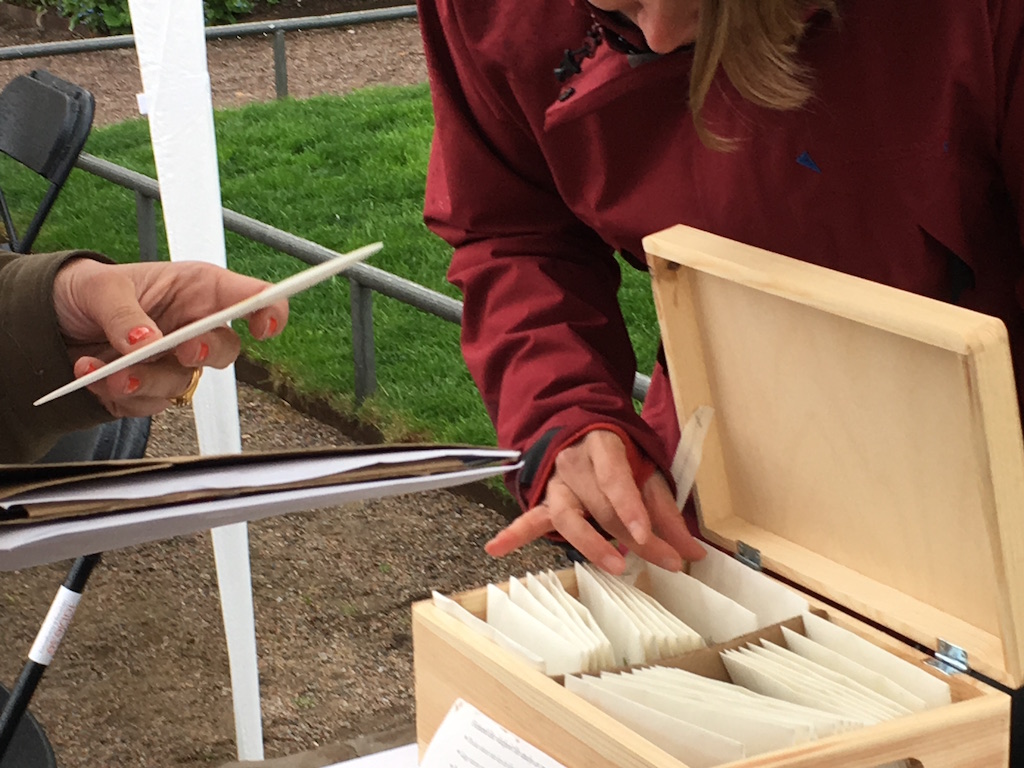 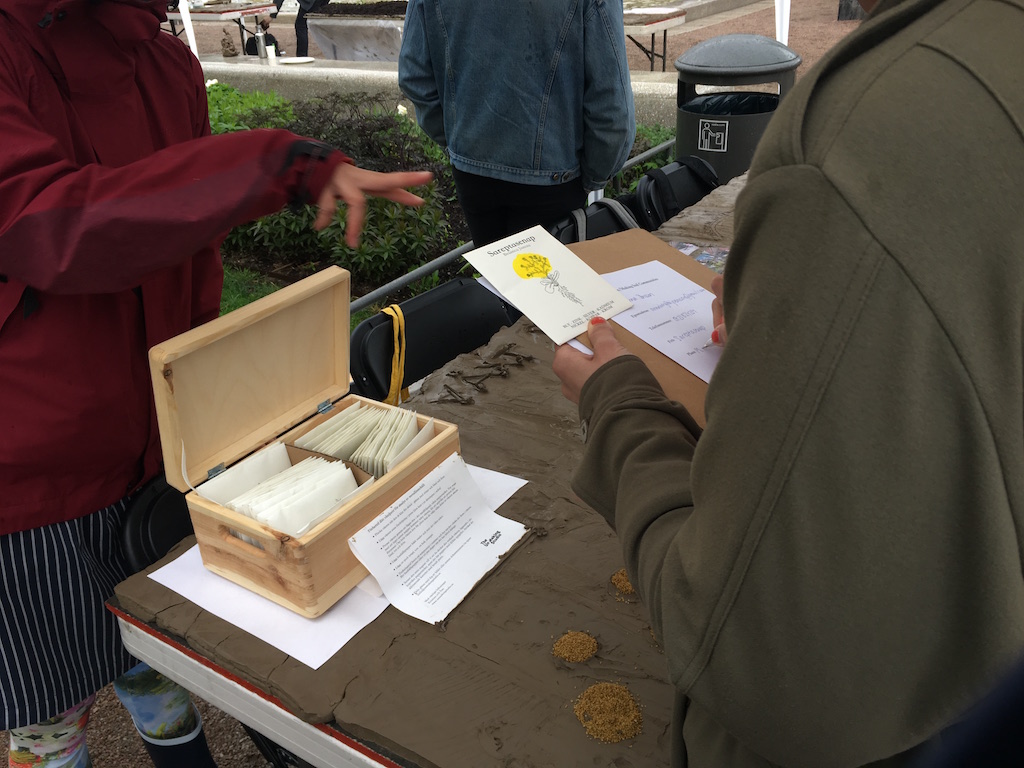 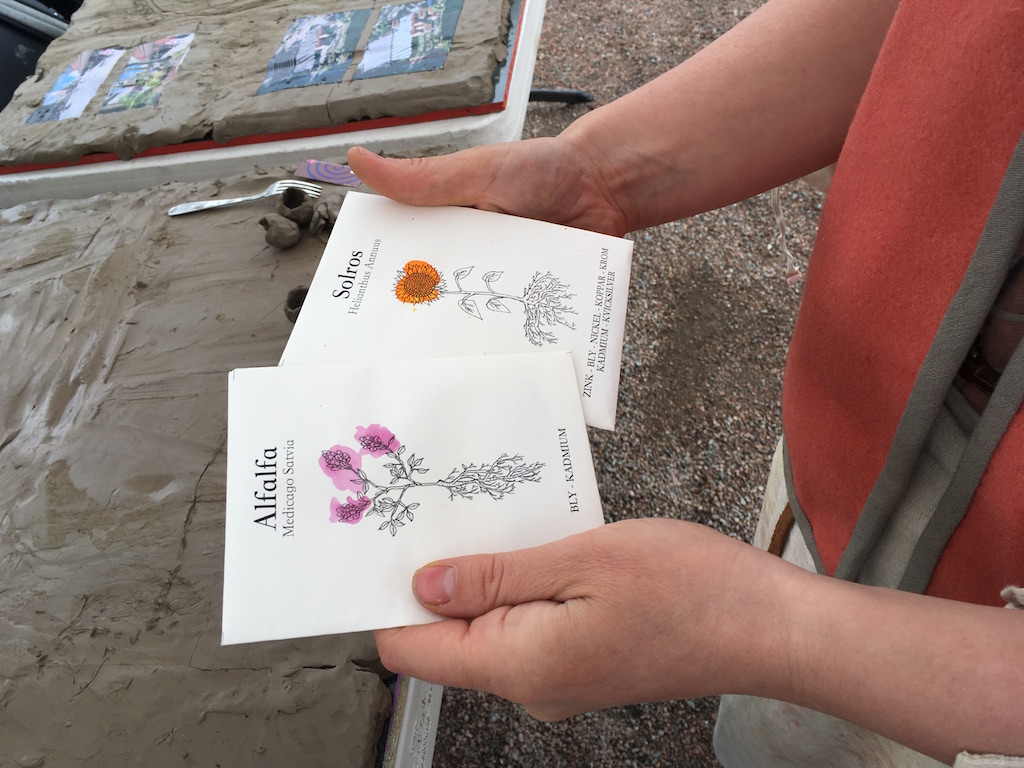 During the walk we were introduced to various edible and healing plants, such as Willowherb, Greater Plantain, Elderflower, Thistle and Nettle.

The walk took place on land that was an airfield until 1972. When it was turned into a park in the 1980’s, materials from the airfield were used to construct walking and bike paths. A guiding principle for the park has also been to find ecological ways of working with the park in order to keep the expenses for maintenance low.

At the end of the walk the Un/Making Studio invited the other participants to pick a seed from our collection of phytoremediation plants, and to plant it in a place they care for or are curious about. When the plants have been harvested and sent to the Un/Making Studio they will be scanned for metal content. 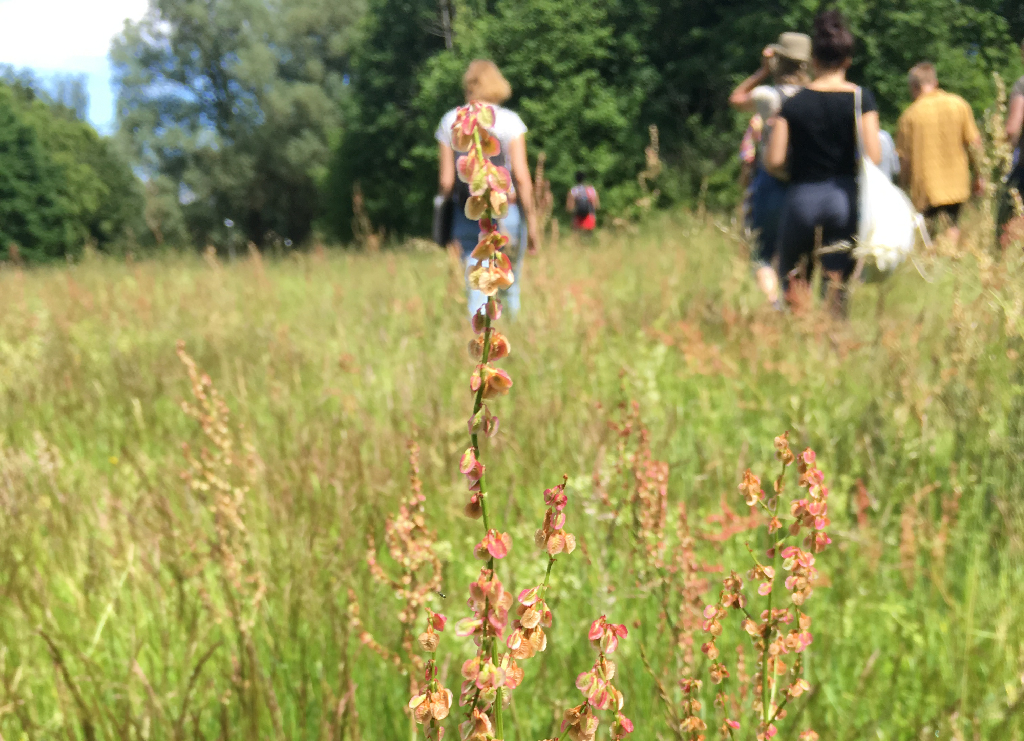 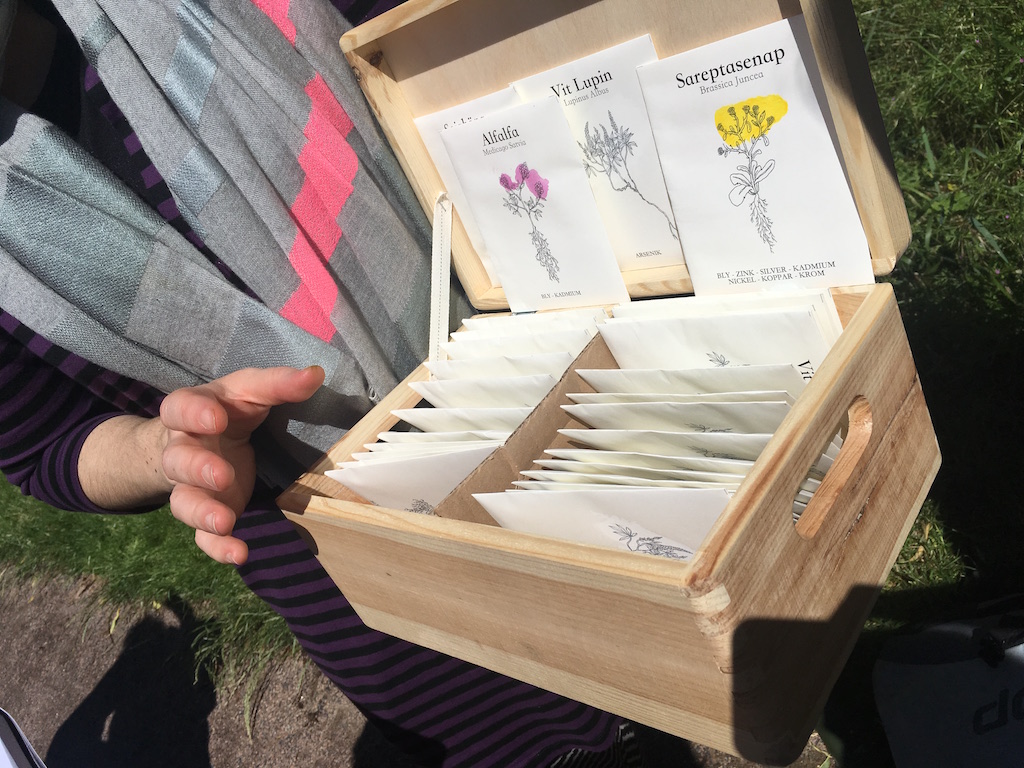